Next Article:
Dialogue with NATO

Frustrated by the failure of the United Nations efforts to stop the build-up of nuclear weapons in 1982, I had one of those sudden illuminations that change your life: “Nuclear decisions clearly are made by people, and clearly not those here in the United Nations. If the people who actually make decisions on nuclear weapons could talk to their opposite numbers, and to highly informed critics, then the dynamics might change….”

But who are the people who make decisions on nuclear weapons?
Determined to find out, I went back to the UK and started a research group round my kitchen table. I called it the Oxford Research Group. 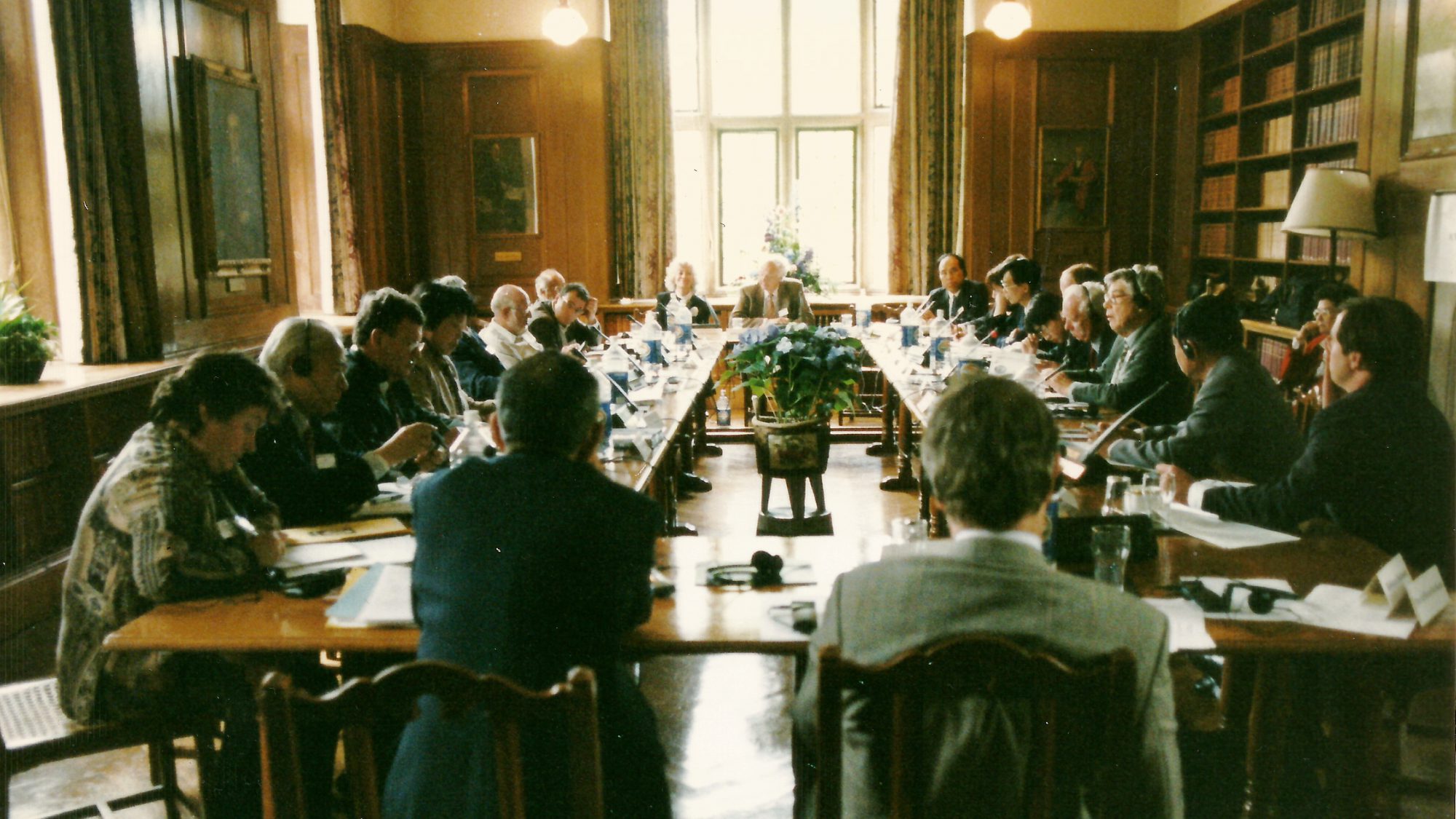 Scilla chairing a meeting in Rhodes House, Oxford, when a delegation of Chinese nuclear weapons decision makers visited in 1997 for talks with their opposite numbers in the UK.

Fast forward a decade, by which time we had carefully and steadily established a series of dialogues between Chinese defense decision makers and their US and British counterparts on the most sensitive of issues: the proliferation of nuclear weapons and fissile materials.

For our third visit to China, I was able to include in my delegation a British general and an air marshal, a German admiral and a US warhead designer; so the Chinese responded and arranged meetings for us with the key actors in Chinese nuclear policy. My delegation was dumbfounded by the access to that we were able to arrange – the kind of access that built human bridges across ideological divides. 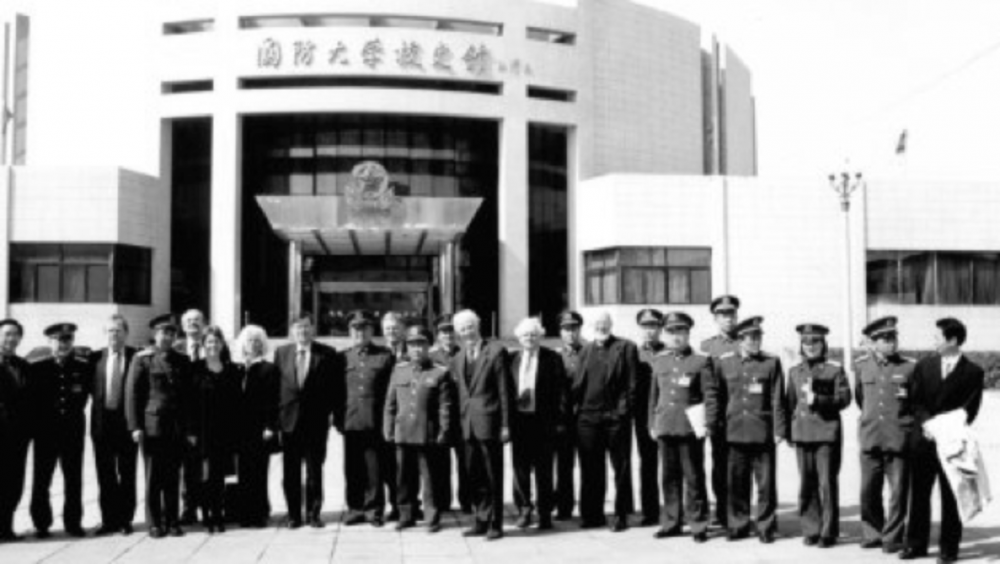 Oxford Research Group delegation meeting the PLA National Defence University, Beijing in 2000 to discuss ‘Missile Defence and the Future of the ABM Treaty’

I’m a person who relishes new challenges, and in 2002 I started an NGO to support those at the opposite end of the scale – local peace builders risking their lives so other people don’t get killed. More of that later…

I’ve been lucky enough to pass on my work to people far more able than me, and I am very proud that the Oxford Research Group has gone on to do brilliant work on the Iran/US nuclear dialogues, and in the Middle East. See http://www.oxfordresearchgroup.org.uk/about