Meanwhile in 2004 the phone rang and someone said Richard Branson wants to talk to you. It turned out that he and Peter Gabriel had an idea to assemble The Elders, a group of wise people from all over the world who could guide better decisions for the future of humankind. They had taken the idea to Nelson Mandela, who said you need to work out exactly what it is you want to do. Then came what they called the ‘washing machine period’ where they went round and round trying to decide who the Elders should be and what they should do. So I got a phone call to see if I could help.

Working with a wonderful team at VirginUnite, we eventually refined the criteria for the qualities an Elder should possess, worked out the options for what kind of organization it would be, how it would be funded, and what it might take on. It was a bumpy road, punctuated by retreats on Necker Island with some of the founders including Archbishop Desmond Tutu and President Jimmy Carter, assisted by Jean Oelwang, Jimmy Wales of Wikipedia and many other exceptional talents.

We developed a list of 300 potential Elders photo of book cover that we whittled down to a selection of 12 made by Nelson Mandela, and The Elders was launched on his 89th birthday, in July 2007, with Desmond Tutu as Chair.

The Archbishop remained a powerful influence on my life, as he has done for literally millions of people. Rosie Houldsworth filmed an interview with him that shows how his ceaseless sense of humour prevents even the most serious issues becoming ponderous. 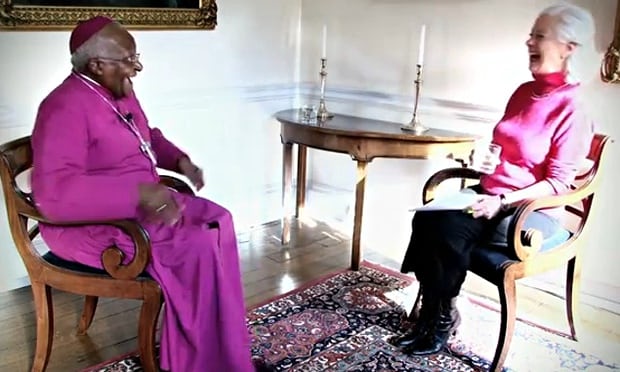