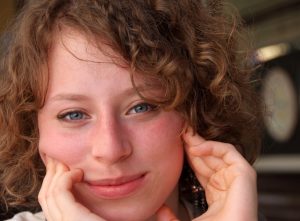 Lysan Boshuyzen (The Netherlands & Belgium) understands intercultural exchange as a foundation for peace. At the age of 19, she undertook a 14-month solo travel to South-East Asia and China where she gained invaluable insights by listening to the needs and hopes of the local population and analysing local political structures as well as national election processes (Myanmar 2012). She created, supported and funded initiatives in Myanmar, Thailand, Laos and Cambodia focussed on the understanding, promotion and safeguarding of local ethnic culture in a sustainable way. She has studied in New York, Berlin and Paris and spent half a year reporting on the Security Council, Human Rights and Disarmament Committee meetings at the UN headquarters in New York City.